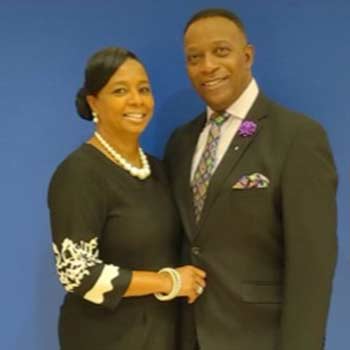 Rev. Terry Norman is a native of Union, SC. He is married to Vanessa Mitchell Norman. Rev. Norman is the son of the late Mrs. Margie C. Norman, and the late Williams Norman, Sr. He was educated in the Union County school system, where he graduated. He furthered his education by attending Rutledge College, of business in Spartanburg, SC. From there he attended Spartanburg Technical College, where he received a degree in welding, to later attend Greenville Technical College receiving a certificate in welding technology. Rev. Norman attended Erskine Seminary School of Theology; and is currently a student at Covington Theological School in Anderson, SC. in pursuit of his Doctrine.

Rev. Norman was licensed to preach into the ministry on May 28, 1995 at Corinth Baptist in Union, SC under the leadership of Rev. J.A. Calhoun. On November 30, 1997 he was ordained by the Pacolet River Association. In June of 2002, Rev. Norman was called to Preach at New Prospect Baptist Church in Townville, SC. where he served 11 years as Pastor.

In October of 2013, Rev. Norman was called to pastor Old Pilgrim Missionary Baptist Church in Simpsonville, SC. Upon his arrival, God gave him the vision for the church to move to higher heights in Him. Through the teaching and preaching of the gospel, the desire is for more souls to be saved as members and ministries are added to the body.

Rev. Norman is a singer, as well as a songwriter for the Sensational Gospel Seven. He is a lover of people, but his greatest love is to teach and preach the word of God. He stands on the word that is written in Galatians 6:9 "And Let Us Not Be Weary in Well Doing; For in Due Season We Shall Reap If We Faint Not".